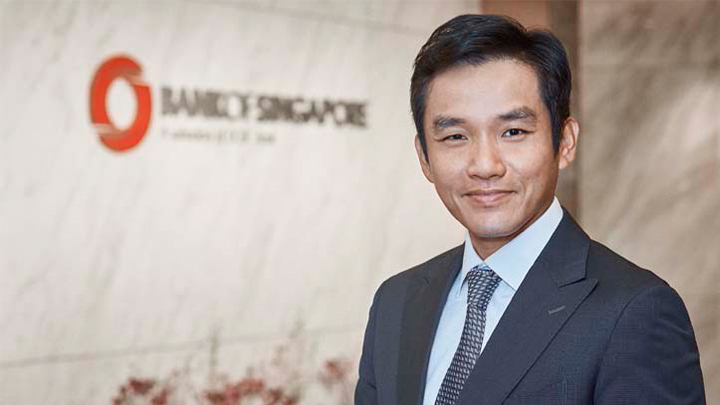 Bank of Singapore today announced that Mr Derrick Tan (陈学彬), Global Market Head for Greater China and North Asia, has taken on the additional role of Chief Executive of its Hong Kong branch with effect from 6 March 2018.

To ensure a smooth transition, his predecessor, Mr Sermon Kwan (关国然), will remain as Senior Advisor.

Mr Tan will lead the overall strategy to drive Bank of Singapore’s growth and presence in Greater China and North Asia with a strategic focus on the Guangdong-Hong Kong-Macau Greater Bay Area.

China has plans to turn the Greater Bay Area into the world’s largest bay area in terms of GDP by 2030, surpassing the economies of Tokyo, New York and the San Francisco bay areas.

The Greater China region was a key contributor to Bank of Singapore’s strong growth in 2017, where its overall assets under management (AUM) grew by 25% on a year-on-year basis to US$99 billion.

Mr Tan has close to 20 years of banking experience. He joined Bank of Singapore in March 2010 and was appointed to the Management Committee as the Global Market Head for Malaysia, Brunei, Japan, Sub-Continent and Middle East in December 2014. Under his leadership, AUM in these markets achieved 20% compound annual growth during the period of 2015 - 2017.

In November 2016, Mr Tan played a pivotal role in Bank of Singapore obtaining regulatory approval to open a branch in Dubai International Financial Centre, Middle East’s leading financial hub. The establishment of the branch led to a more than 30% year-on-year growth in the region’s AUM in 2017.

Before joining Bank of Singapore, Mr Tan held various senior positions in UBS AG including Executive Director and Desk Head of the Indonesia market. Prior to that, he was responsible for HSBC’s offshore International Banking Centre.

Mr Tan holds a degree in Banking and Finance from Curtin University of Technology. He is also a graduate of the Harvard Business School Advanced Management Programme.

Mr Sermon Kwan joined ING Asia Private Bank (IAPB) as Head of Greater China in 2001 and was part of the management team at IAPB that moved over to Bank of Singapore. With the Greater China region identified as a core growth engine, he expanded the franchise significantly, adding highly-qualified professionals and enhancing the platform.

Under his watch, Mr Kwan also championed close collaborations with OCBC Wing Hang Bank, OCBC Wing Hang China and Bank of Ningbo to drive growth in the region and ensure that clients enjoy access to a full suite of commercial banking services, in addition to private banking services. In 2016, he played a pivotal role in the swift and seamless integration of the newly-acquired Barclays’ wealth and investment business in Singapore and Hong Kong with Bank of Singapore.

Mr Bahren Shaari, Chief Executive Officer of Bank of Singapore said: “Hong Kong, as one of our three strategic hubs, has been integral to the growth of Bank of Singapore since its inception. It serves as our springboard to serve the rising wealth in China from an offshore basis.  With the push for deeper economic integration within the Greater Bay Area which Hong Kong is part of, Hong Kong’s role will be more crucial.

“I am confident that Derrick, with his strong banking background, people leadership skills and proven management capabilities, will be able to lead our Hong Kong branch and Greater China franchise in its next phase of growth.”

Commenting on Mr Kwan, Mr Shaari said: “Sermon has served Bank of Singapore with great distinction over his 16 years with us, playing a critical role in building our Hong Kong branch from scratch. Under his stewardship, our Greater China franchise has expanded significantly; AUM has grown by more than two times in the last three years. Staff strength has increased by about 40% as well. A large part of this is due to Sermon’s strong leadership and keen understanding of the Greater China market. Without which, we would not be where we are today in this region.”