The impact of the pandemic has radically reshaped the league table for winners and losers. It has accelerated key global trends, most notably the adoption of digital technology, and the expanding role of government in our economy.

For entrepreneurs and technopreneurs, it is clear that succeeding in this re-booted business world requires a new approach, a different playbook from the one we had.

Why did some succeed while others failed? Was there a magic ingredient that made all the difference? Which factors tipped the scales in their favour, and what lessons can we learn?

Our upcoming talk show, The Hot Seat, will provide the much-anticipated answers to those questions, from the vantage point of some of the most influential names in their industries.

Join us for this episode where Chatri Sityodtong – Founder, Chairman and CEO of ONE Championship takes on The Hot Seat with our host Mark Laudi to talk about embracing the warrior mindset, overcoming life’s adversities and his quest to build a global mixed martial arts empire. 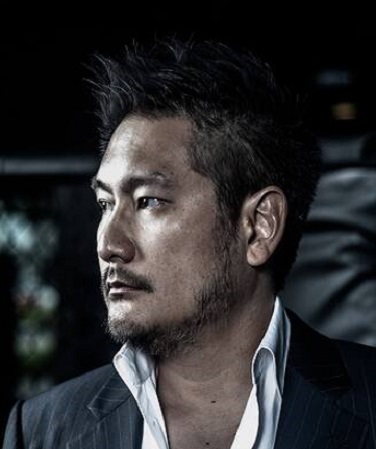 Founder, Chairman and CEO
ONE Championship

Chatri Sityodtong is a self-made entrepreneur and lifelong martial artist from Thailand. His rags-to-riches life story has inspired millions around the world on BBC, CNN, Bloomberg TV, CNBC, and other major media. He is the Founder, Chairman and CEO of ONE Championship, Asia's largest global sports media platform in history with a broadcast to 150+ countries around the world.

According to Nielsen, ONE ranks amongst the world’s top 10 biggest sports media properties in terms of viewership and engagement. Through its marquee sports properties (ONE Championship and ONE Esports) and its passionate millennial community, ONE is a celebration of Asia’s greatest cultural phenomena, Martial Arts and Gaming, and the deep-rooted Asian values of integrity, humility, honor, respect, courage, discipline, and compassion. ONE is on a mission to unleash real-life superheroes, tell stories, celebrate values, ignite dreams, inspire nations, and change the world.

Sityodtong is also the star of the latest 2021 edition of The Apprentice, the award-winning global reality TV show. Most recently, he was named Asia’s King of Martial Arts by the Financial Times, and Asia’s 2nd Most Powerful Person in Sports by FOX Sports. Business Insider also ranked him as one of Asia’s Top 100 Business Leaders. He is a perennial keynote speaker at the world’s top business conferences such as Forbes Global CEO Conference, Milken Institute, CNBC Asia Business Leaders Awards, YPO Edge, Global Entrepreneurship Summit (GES), Cannes Lions, Asian Leadership Conference, and others. Sityodtong has also been featured as the cover story for magazines such as Inc, Esquire, Playboy, CEO, Wealth, Tatler, The Peak, MillionaireAsia, Black Belt, and more. Sityodtong is an Entrepreneur-in-Residence at INSEAD, one of the world’s top business schools.

Inducted into the Black Belt Hall of Fame in 2019, Sityodtong has over 35+ years of martial arts experience as a student, a fighter, a teacher, and a coach. Sityodtong is a certified senior Muay Thai instructor under the legendary Kru Yodtong Senanan of the world-renowned Sityodtong Gym in Thailand. He also holds a Brown Belt in Brazilian Jiu-Jitsu under Master Renzo Gracie.

Sityodtong holds an MBA from Harvard Business School and a BA from Tufts University.

Hemant Tucker is Managing Director and Market Head for Bank of Singapore for South Asia and Middle East markets. With 22 years of experience in wealth management, corporate banking & corporate finance, Hemant has held a number of senior roles in financial institutions across Asia.

Prior to joining Bank of Singapore, Hemant was Global Head of NRI at Barclays managing teams in Singapore, Dubai and London.

He is passionate about early stage/ venture capitalist investing and has funded a number of successful start-ups in Singapore. Hemant is also the lead Segment Head for the Bank’s technopreneur segment, where he has oversight for spearheading key initiatives to bridge the gap between tech entrepreneurs demands and current banking platform.

Celine Le Cotonnec received the accolade of Data Leader of the Year at the 2020 Women in IT Awards Asia and was listed in the inaugural SG 100 Women in Tech List in 2020. She oversees the data strategy of the Bank, implementation of data science and analytics use cases in cooperation with the OCBC’s Group Customer Analytics & Decisioning and AI Lab as well as data governance activities. Her mission is to foster a culture of innovation when running the Bank’s Innovation Centre of Excellence. Prior to joining Bank of Singapore, Celine was the Chief Data and Innovation Officer for AXA Insurance Singapore and the Head of ASEAN Connected Services, Digital and Mobility for car manufacturer PSA Peugeot Citroen in China.

Mark Laudi is a veteran of the traditional and new media, with 25 years' experience in print, radio, television, new and social media. He has also worked as a communications coach to senior business and government leaders in Asia and the Middle East.

When he is not coaching top executives, he is a presenter at numerous business conferences and events as conference anchor and moderator.